A Great Place for 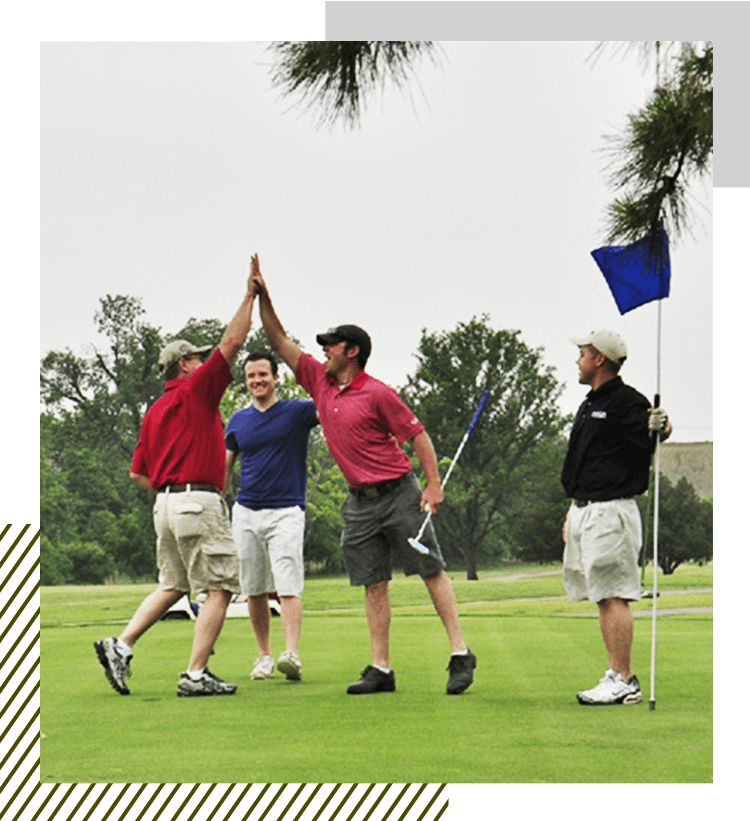 A framed Elk City Daily News article dated March 15, 1955, hangs, mainly forgotten, but history never ignored, in the pro-shop, It describes how Johnny Johnson, a well known enthusiastic golfer," never take 'no' for an answer" man, and then president of the Elk City Golf Association, and Joe Houch, a Texas pro and course designer, have a visit at the project that would become the last and current site, for the Elk City Golf Course (to view a large format picture of the article, click here). The course, designed and modified by Donald Sechrest as well, has always been a joint venture between the municipal government of Elk City and private citizens who are members at Elk City Golf & Country Club. As it stands, the golf course is laid out on public land, but privately operated by the elected Board of Directors of Elk City Golf & Country Club, a private club.

The fairways and roughs are Bermuda grass, while the small and subtle undulating greens are seeded with bent grass. 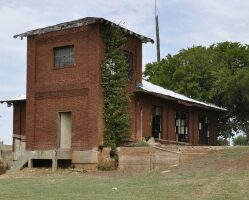 Par is 71, with five challenging Par-3 Holes, and four short Par-5 holes. The shortest of the holes, #10 at 135 yards is usually a tough hole since it is a narrow green that usually plays in a side-wind. At times it has been called, "the easiest par 5 on the course". The longest is #17 at 217 yards

Golf has been a part of Elk City for nearly a century, with the first golf course having been built in 1928. However, as the Great Depression affected a whole nation, in 1933, the golf course was sold and turned into a dairy farm, but golfers and citizens never gave up. In 1937, the city built and opened a new nine hole golf course just south of the city, while a group of citizens formed a new social "country club". Thus, you can accurately say that the current country club association turned 82 in 2019!

Soon, the country club and the city joined forces to improve and operate the golf course, and from the start, the Elk City Country Cub and the City of Elk City, have had a history of mutual cooperation in the operation of a facility that is both, fun and affordable for all, self funded, and both "public and private" at the same time.

As the golf course changed sites over the years, the last of which is the current location as described above (1955), the country club's board continued to operate and oversee the management and promotion of the facility with the charge of keeping its doors open for as many people as possible, whether members or not.

Nine holes were added in 1967 and the rotation on the golf course was changed when a new, larger, fully equipped and more accessible clubhouse replaced the charming but small old brick building, which still stands on the southwest corner of the golf course close to what is now #3 tee. Current member, Calvin Adkisson, the last president when the old clubhouse was in operation, presided over the change before passing the torch to Bill Husband, who became the first president of the club at the current clubhouse. Elk City Golf & Country Club is truly a place for golf, family and friends, and a place to share a good time beyond a round of golf. 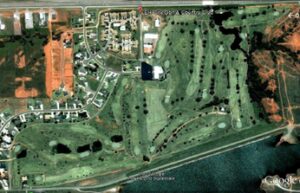 The club hosts a number of local parties, wedding receptions and social gatherings; as well as up to 25 tournaments a year, from the usual club's fun events, to company outings and local championships, to some of Western Oklahoma's favorites, such as the longest running individual event west of Oklahoma City, OK, a 36 hole stroke play event simply known as "The Fourth of July Invitational", and the "Tumbleweed Couples", also a 36 hole event for mixed couples. Both are favorites for golfers as far as Tulsa on the east, Amarillo on the west and Northern Texas on the south, and Kansas City on the north.

Testament to Elk City Golf & Country Club's "casual" atmosphere, are the open events,  some fund raising events (like most courses in the USA, we are part of the $3.2 Billion raised through golf tournaments across the USA), and the two open seasonal afternoon leagues: a Tuesday evening men's scramble, and a Thursday evening mixed couples "get together", both of which end on the "19th Hole" with all participants welcome. Everyone is welcome, everyone is a friend. As well, the course also hosts junior and adult golf camps during the golf season.

For more information on daily fees, how to become a member, or information on dues and services, please click on the "Club Services"or "Golf Services" tabs above, or simply call us at 580-225-3556.

Due to the Coronavirus Safety Measures, All Tournaments Through April Have Been Cancelled or Postponed Until Further Notice.
This Cancellation Includes the Weekly Scrambles for Men and/or Couples. For More Information Call Us at the Office.